I’m honored that Kathleen M. Rodgers (award-winning author of The Final Salute and Johnnie Come Lately) has dropped by to share three books she’d highly recommend — a novel (Bone Horses),a memoir/nonfiction book (Spouse Calls: Messages from a Military Life), and a children’s book (Someday I’ll Fly). These are all wonderful suggestions — maybe one of them fits somebody you know! 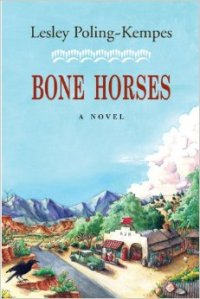 I first read about Bone Horses in New Mexico Magazine shortly after the book came out from La Alameda Press, June 17, 2013. I was intrigued by the title and the whimsical cover art that depicted a lonely gas station with red mesas and snowcapped mountains in the background. The cover alone made me homesick for my native New Mexico and brought to mind all the old gas stations that dotted the highway between my childhood home in eastern New Mexico and my aunt’s and uncle’s home in sprawling Albuquerque on the other side of the Sandia Mountains.

After the novel won the 2013 Tony Hillerman Award for Best Fiction from New Mexico-Arizona Book Awards, I ordered the Kindle edition. I was hooked from the beginning. Lesley Poling-Kempes is an extremely gifted storyteller who writes with emotional impact. This multilayered story rings with authenticity and is peopled with characters that feel like your own family and neighbors. The author’s use of magical realism worked for me and gave me hope. I never questioned the legend of a phantom herd of horses coming down from the mountains to attend the burial of young men killed in the Bataan Death March. If anything, the legend of the horses lends dignity and honor to a military ceremony.

The same goes for the conversations that the story’s matriarch, Dorothea Durham, carries on with her late friend, Conchata. For me, these were some of the most unforgettable and emotionally charged scenes in the novel. I highlighted so many lines in the story that made me pause, look off in the distance, and ponder life and death. And what’s out there beyond the mountains of life.

I highly recommend Bone Horses to anyone who appreciates a well-crafted story. This is simply storytelling at its best.
—– 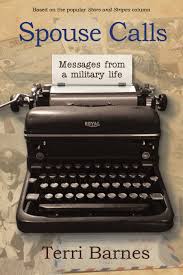 This story called to me…and I listened.

I hope it calls to you, too.

When I first saw Terri Barnes’ new book, SPOUSE CALLS: Message From a Military Life, I stopped what I was doing and stared at the cover. The image of a vintage typewriter spoke to the writer in me, but it was the sepia-toned photographs in the background that prompted me to get out my wallet and place my order. I was especially drawn to the handsome airman decked out in uniform -complete with wheel hat – to the left of the space bar. That man, it turns out, was Terri’s dad when he was active duty.

In a conversational tone, Terri writes with humility, grace, and humor from the perspective of both a military spouse and a military brat. I found that comforting. Although the book is comprised of some of her favorite stories from her popular column in Stars & Stripes, there is a seamless quality to the narrative. One story flows into the next and you are compelled to keep reading. 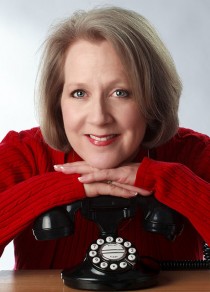 One line on page 72 is sobering: “These are people who face deployment with wills written and funerals preplanned.”

As a former Air Force wife turned Army mom, I found this book addictive. All military spouses – former, present, and future – will want to grab a copy and start reading. It’s a page-turner. And it’s not gender specific. It speaks to all military spouses as well as military brats.

It’s not out on Kindle yet, but the paperback is lovely and worthy of any bookshelf. I highly recommend Terri’s book to anyone who appreciates our military families and cares about those who protect our nation and our freedom.

Someday I’ll Fly is a stunning adaptation of Joyce Faulkner’s award-winning novel, Windshift, an emotionally charged story about the Women Air Service Pilots during WWII. Rebecca Evans has done an amazing job bringing a portion of the story to life through her brilliant artwork and storyline.

Even though this book is designed to appeal to children, especially young girls, I bought this book for myself because the little girl in me still wants to fly. Maybe not in an actual airplane, but I want to pilot my dreams and turn them into worthy goals that give me a reason to get up each morning. I want to take off running, spring my wings, and soar. That’s the point of this book: to teach children to dream big.

Red Engine Press and Rebecca Evans did an outstanding job.

I highly recommend this book for children of all ages…from 1 to 100 and beyond.

Kathleen M. Rodgers is the award-winning author of The Final Salute and the brand-new novel Johnnie Come Lately (congratulations, Kathleen!). She’s a former Air Force wife (ret.) and Army mom. You can keep up with her here, on her blog.

One thought on “Three recommendations from Kathleen M. Rodgers”