As of April 2nd, Dave and I have been married 10 years! (We were high school sweethearts, though, and have actually been together closer to 17 years.) 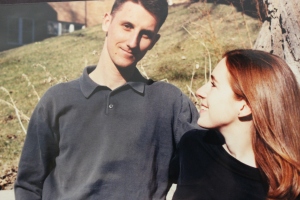 meeting up after 3 months of Officer Candidate School in hot, muggy Pensacola, FL 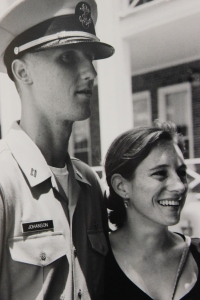 From his days at boot camp, when I would make him mix CDs he probably never got to listen to (I remember putting “Trapped” by Bruce Springsteen on one — it seemed apropos to his situation)

… and mail him dozens of Hershey bars, hidden inside those stiff white-cardboard photo mailers (he shared them with his roommates) …..

to now, a decade later, with three kids and six military moves under our belts — it’s been an adventure. (Hard to believe we’re still only halfway through the military phase of the adventure.) 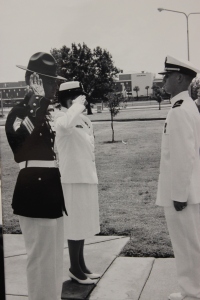 But he’s been worth every second and it’s been a good ride. 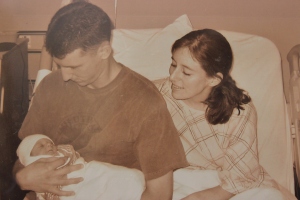 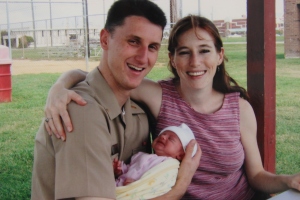 (Looking as delighted as if he just found that baby under the picnic table! If only it were that easy.)

2 thoughts on “one decade”