“True to the meaning of her name, she will be without borders without a home of her own, resident everywhere and nowhere … She feels overwhelmed by the thought of the move … to a city that once was home and is now, in its own way, foreign.”

— from The Namesake by Jhumpa Lahiri

This quote resonates with my military life experience, as did many of the descriptions in Jhumpa Lahiri’s The Namesake. Some of the characters in this book spend their lifetimes separated from their homes and families forging new identities independent of but influenced by both their origins and their geographic locations. 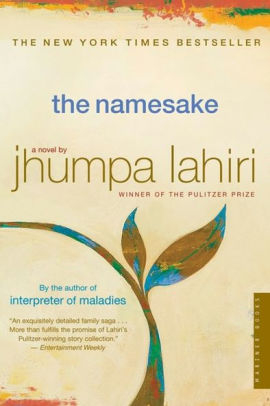 Lahiri’s writing is captivating, rising to the expectation set by the Pulitzer she won for her debut work, Interpreter of Maladies. In The Namesake, her words drew me into beautifully created characters, their lives and histories, shadowed by The Overcoat, by Nikolai Gogol. The Russian short story and its author’s name play a central role in Lahiri’s story.

The Namesake is a family saga about a couple who immigrated from India to the U.S., Ashima and Ashoke Ganguli, and their American-born son, Gogol. There’s a daughter too, Sonia, whose life and character are strangely peripheral to the close-knit family story—one of the disappointing elements of this beautifully written book.

The Gangulis give their firstborn son his unusual name for an even more unusual reason, and Gogol’s struggle with both his name and namesake are pivotal to his identity conflict, a major theme of the book. Lahiri immersed me in her depictions of Ashima and Ashoke—not quite at home in the in the U.S., nor when they go to visit family in India—caught between two cultures.

Given the title of the book and early events, I hoped the book would be about the struggle of identity, both personal and cultural, of the various characters. However, the narrative is focused primarily on Gogol’s series of hapless romantic relationships to the exclusion of the rest of his life and the lives of his family.

The author spends time building up Gogol’s complex and intimate relationships, describing them in detail as they grow, each one with some significance to Gogol’s identity. Then the story turns away when problems develop, without taking the reader along to see why the relationship died. The story arc seemed to have missing pieces. At least once, I thought I had missed a chapter, as when the demise of a key relationship is told in retrospect, from a distance, almost with a shrug. No doubt  these losses illustrate how Gogol is unable to connect with his partners because he doesn’t know himself. He’s simply trying on identities and finding they don’t quite fit. This is in sharp contrast to the life-long relationship of his parents, whose marriage was arranged for them by their parents.

There is an epiphany, of sorts, when teenaged Gogol learns why his father gave him his unusual name—a name that is neither American nor Indian. Yet for Gogol, this revelation was not even seminally transformative. As an adult, he finally takes an interest in the meaning behind the name that has plagued him all his life, but it hardly seems believable that it took him so long to get there. The long and detailed backstory of Gogol’s name and the intricacies of identity it holds—like pockets in The Overcoat—are treated the same way as Gogol’s romances. Carefully crafted but never fully turned out to see what those pockets might hold or hide.

For me, The Namesake, though filled with beautiful writing, didn’t fulfill the promise of its title or its potential to tell a deeper story about cultural, familial, and personal identity. 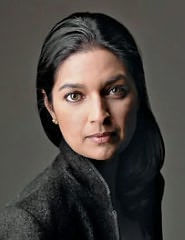 Jhumpa Lahiri is the author of four works of fiction: Interpreter of Maladies, The Namesake, Unaccustomed Earth, and The Lowland; and a work of nonfiction, In Other Words. She has received numerous awards, including the Pulitzer Prize; the PEN/Hemingway Award; the PEN/Malamud Award; the Frank O’Connor International Short Story Award; the Premio Gregor von Rezzori; the DSC Prize for South Asian Literature; a 2014 National Humanities Medal, awarded by President Barack Obama; and the Premio Internazionale Viareggio-Versilia, for In altre parole. 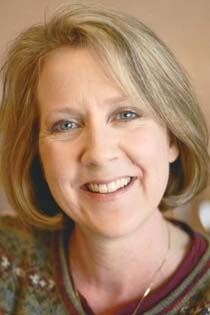 Terri Barnes is a military spouse and mother of three grown children. She is the author of Spouse Calls: Messages from a Military Life and senior editor at Elva Resa Publishing, which specializes in books for military families. Read more about Terri’s work and writing at https://www.terribarnesauthor.com/