My first read of 2018 was The Sympathizer, by Viet Thanh Nguyen, which I loved. I alternated between the Kindle version, when I could read quietly in my house, and the Audible version for when I needed my hands free: on brisk, sunny walks over crunching snow with my dog, or while folding laundry. I loved Francois Chaou’s narration, his wry delivery and the way he trotted out different voices for various characters. He was perfectly professional except for one moment when he suddenly paused and sniffed, I mean a real, good, dry-but-assertive, not-in-the-script nostrilly sniff — and I was surprised and a little delighted, reminded that there was a real person reading the book for Audible posterity.

Anyway. This may be an odd claim to stake, given that The Sympathizer is set in 1970s Vietnam and features rhapsodies about fish sauce and sharp, intelligent assertions of Asian identity, but: While listening, I thought to myself, This is the great American novel. Really. This is America, every bit as much as Willa Cather, John Steinbeck, Richard Wright, Toni Morrison, F. Scott Fitzgerald or C.E. Morgan. This is an American story.

That’s not to diminish the wonderful Vietnamese-ness of the story. But just as the story’s narrator confesses in his opening lines, he is a man who can be two things at once, who can see two sides. The Great American Novel can quite possibly be the exact same book as the Great Vietnamese Novel.

In the same way, Krystal Sital’s debut memoir, Secrets We Kept, operates on two planes at once. It is a Caribbean novel: Sital’s parents are from Trinidad (an island that can be “traversed in a day, less than that if you know what you’re doing”), a place she has lived, visited; she’s absorbed Trinidad’s culture her entire life, through speech and food and storytelling. The photo on the book’s cover, a lush, almost Technicolor swath of pink sky and verdant palm trees, is one that the author herself took. 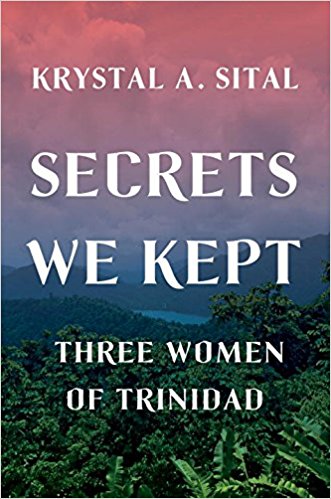 “Our stories are rooted in the Caribbean,” Sital writes:

our histories woven into its bougainvillea trellises with their paper-thin petals…the foliage so dense and green it’s a prismatic shade of malachite…This is a place where the intoxicating aroma of curry drapes itself around you in layers; where bake and shark sandwiches are fried on the beach…Here, people devour every part of every animal from the eyeballs to the guts and lick their fingers and pat their bellies when they are through.

When the story opens, however, Sital is worlds away, a college student in Jersey City, NJ, “a far cry from the tropics of coral and blue …The scrimp of a backyard we have now is covered in dirt.” She’s waiting for her mother to get home from her job nannying four perenially ill-behaved white children.

The back number five tacked to our yellowed front door in Jersey City swings past as my mother turns the lock into place. Salsa music from the floor below swells into the room. She and I sigh together, sick of the noise and the tight space….The snowflakes that twinkled in her hair have melted and, soaked now, her bouncy curls lie flat and greasy against her scalp.

And so, this is also a profoundly American book. It’s the story of yet another family flung by circumstance from a beloved homeland into the vast and overbearing American-ness of America.

Secrets We Kept opens with the author’s concern about a man: her grandfather, felled by an aneurysm and hospitalized through several brain surgeries. Sital has always loved her grandfather; she has vivid memories of hiking with him through the Trinidad forest, watching him cutlass bananas from trees and swiftly behead a snake that threatens her. Why, then, do her mother and grandmother seem to have such different memories of him? Why are there such variations to their love?

In spite of this concern about one, larger-than-life man–or perhaps because of it– Secrets We Kept is a book about women. Many women’s lives worldwide are organized around the needs, care, and success of a man, and while resisting such narratives may be a current (and not un-useful) feminist literary trend, Sital’s memoir is about her family’s truth. It is a harsh, gritty truth, one which is not easy to tell. It is a story of three generations of women whose lives are indelibly shaped by domestic violence.

When it comes to re-telling this violence, Sital is unsparing. There is no, “my grandfather slapped my grandma around a little.” Scores of punches, kicks, chokings, thrown items, are accounted for — even the horrific recounting of her grandfather pursuing her grandma and beating her unconscious with a gasoline-soaked rope, as her mother witnessed in childhood.

The weight of this violence, while reading, is palpable, and gives the book something of the feel of nonfiction like I Know Why the Caged Bird Sings, Bastard Out of Carolina, or Twelve Years a Slave, and fiction like Cat’s Eye by Margaret Atwood or The Great Santini by Pat Conroy. The cruelty is both inescapable and necessary.

There is both domestic violence and cultural violence in this book, with power differentials being acted out in the harshest of ways all over the island: among schoolchildren on long, rural, treacherous walks to and from school; among siblings and the half-siblings they know are “lesser” in their mother’s eyes. There is the sly sabotage of mothers-in-law and sister-in-law, setting up Sital’s grandmother to enrage her husband and knowing that a beating will result. In a local culture capable of such harshness, survival depends on the ability to throw other people under the bus. And that’s what I think struck me most about the book: its examination of how violence begets violence, pain begets pain. Sital knows, perhaps as well as anyone, that the theme of her book is absolutely timely, painful, and necessary. A culture of harm creates only more harm. But within that, there is survival. Sital’s writing is elegant, tender, brimming with feeling below the surface: a cursive bruise.

The domestic violence of the novel is perhaps the ultimate betrayal, as it upends what Sital thought she knew about her family. She’s puzzled and concerned by the love she’s been able to feel for both her father and grandfather; how could she not have known what monsters they could be? And why, she wonders, have these two men with such dark personalities always liked her, preferred her to her sister?

“I enjoyed this special privilege,” she confesses. “Both [my father and grandfather] saw something in me. I seemed to carry the essence of an old world, one they wanted me to take and carry for them.”

Is she simply a lover of history? Or does she have a particularly writerly way of thinking, seeing two sides of a story? Is she, in effect, a sympathizer?

While some women in Secrets We Kept are violent, or enable violence, men are the true villains in this memoir. “How much more did I have to see and hear,” Sital writes, “before I understood that these men on our islands would never change?” 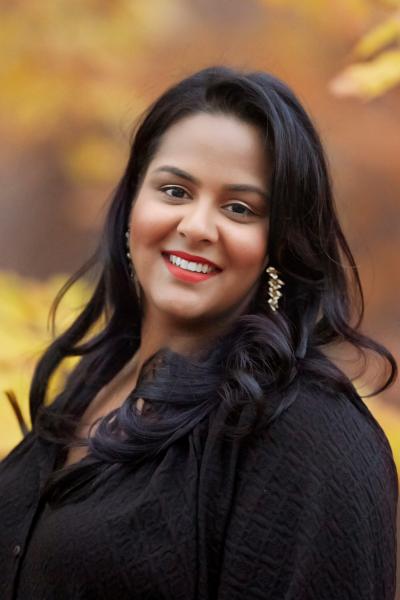 But Sital, a mother, is married; she must feel that there is some hope for men and for marriages, for peaceable coexistence. If I could chat with Sital over coffee I would ask her how, knowing the history of her mother’s and grandmother’s marriages, she was able to enter into marriage, and what hopes and fears she has for her own daughters. Perhaps, it is distance from the islands of her mother’s and grandmother’s pain that have saved the author. Perhaps, despite its bleakness and loneliness and vastness, in a new country that cannot be traversed in anything close to a day, it is emigration that spares Sital.

Or maybe, it’s the women around her, their tough protectiveness, their willingness to finally tell their stories. In this book, and in life, women survive, and that might be one of the most important things about us.

Secrets We Kept is available this Tuesday, February 20th, wherever books are sold. You can purchase it here, and read more from Krystal Sital in the New York Times (“When Immigration Agents Came Knocking”) here.

One thought on “Krystal Sital’s SECRETS WE KEPT: Three Women of Trinidad”