Need last-minute gifts for anyone on your holiday list? Or a scintillating New Year’s read for yourself? Here, women writers share their best, most unforgettable reads of 2017:

Ah, this novel, my goodness. With the examination of Irish immigration to the United States circa 1847, sparked by near genocide from indifferent British rule combined with the Potato Famine, as well as the exploration of American military life in all its exhilarating and mundane moments, boy did Days Without End fire up my feisty little heart.

A young Irish immigrant, Thomas, finds himself a soldier in the Army of the distinctly un-United States of America, narrating one of the ugliest chapters in U.S. history, both the years of American imperialist expansionism (read Native American Indian slaughter) and the Civil War.

Viewed as a soldier’s story, Days Without End is strikingly different from current war literature. Thomas is no guilt ridden, self-tortured man irrevocably harmed by the atrocities he’s committed. Nor does he justify his action with rousing speeches. The novel is all the more devastating and slyly brilliant for it. We want our soldiers damaged. We like to think that someone who has killed inevitably contains a dying part inside of himself. If a character is likable or good, we want to see his dark deeds haunt, and therefore redeem, allowing the reader to feel empathy, allowing the reader to forgive.

That’s not the way it plays out in this novel.

Thomas and his fellow Union soldiers are seemingly ordinary men who have seen and acted in the worst atrocities war has to offer. If they suffer from post-traumatic stress disorder afterward, Barry does not dwell on it. They continue on. They appreciate beauty, they work farms, they start families, they are just happy to be alive. They might not be proud of their deeds but they accept their pasts. The one thing Thomas and his friends have in common is the belief that they have done what they needed to do in a brutal world that tried, over and over again, to kill them.

“Just surviving is the victory,” Thomas says. “That human will. It ain’t so rare. But it is the best of us.”

Her Body and Other Parties, Carmen Maria Machado

Here are dark tales, drenched in disappearing women, plagues and apocalypse, sex and desire. The collection somehow both celebrates female sexuality and make the reader constantly uncomfortable, voyeurs peering too close at another’s throbbing and desperate intimacy. I think that’s why the stories are so successful, they launch the reader into a realm rarely seen in fiction, and the journey, at times discomfiting, is always exhilarating.

The Art of the Affair: An Illustrated History of Love, Sex, and Artistic Influence, Catherine Lacey and Forsyth Harmon

And here’s a little lighter fare, The Art of the Affair: An Illustrated History of Love, Sex, and Artistic Influence, by Catherine Lacey and Forsyth Harmon. Oh, now this book is pure FUN for your pseudo-smarty-pants, literary-type friends who pretend they don’t like to read gossip magazines (like ME). The Art of the Affair is full of all the passionate dirt you could possibly dream of, with illustrations! All of the imaginable forms of heartbreak and romance, creativity and desire, genius and screw-ups, of human beings generally making a big, beautiful mess of themselves and everyone around them.

Siobhan Fallon is the author of the novel, The Confusion of Languages, set in Jordan during the Arab Spring, as well as the short story collection, You Know When the Men Are Gone, set in Fort Hood, TX. She and her family currently live in Abu Dhabi, the United Arab Emirates.

If you can put down a book of poems whose titles include “Ode to the Hymen,” “Ode of Withered Cleavage,” “Blow Job Ode,” and “Ode to My Fat,” then you’re a better person than I am. I picked up Sharon Olds’ new paperback in a bookstore about a month ago and it’s been within reach ever since. I’ve been an Olds fangirl for a while, and this 2016 collection is no less rigorous or thought-provoking for being playful and mischievous.

I humbly submit that the title of WOMEN AT WORK—a collection of interviews with Dorothy Parker, Elizabeth Bishop, Margaret Atwood, Joan Didion, Toni Morrison, Claudia Rankine and many others—should be changed. Instead, I suggest INSPIRING (BUT NOT INTIMIDATING) WORDS FROM WOMEN WRITERS WHO DEMONSTRATE HOW SMART, THOUGHTFUL, HUMANE THINKERS CONDUCT THEMSELVES IN THE WORLD, GRANTING INSIGHT INTO THEIR EXTRAORDINARY TALENT FOR LITERATURE AND LIFE.  Clunky? Perhaps. But if it attracts even one more reader to these honest and serious reflections, it’s worth it.

A CATALOG OF BIRDS by Laura Harrington

It’s hard to know what Tolstoy, the go-to source on unhappy families, would have made of the Flynns. They’re the all-American Catholic brood at the center of A CATALOG OF BIRDS, a richly-peopled, old-fashioned novel about siblings and the spiderweb of circumstance that has woven them into a fixed place and time: in this case, upstate New York in 1970, following a beloved brother’s return home from the Vietnam War. Author Laura Harrington sketches a community as detailed as a medieval miniature.  Its saturated portraits of each individual character, and their relationships with each other, create the feeling that the Flynns could be any readers’ cousins just a generation or two back—and we care about them as if they’re our own flesh and blood. 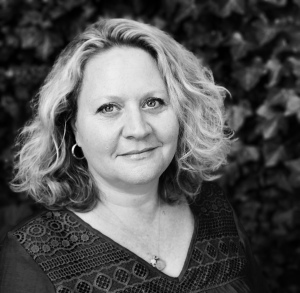 Alison Buckholtz is a frequent contributor to the Mil Spouse Book Review and the author of STANDING BY: THE MAKING OF AN AMERICAN MILITARY FAMILY IN A TIME OF WAR (Tarcher/Penguin, April 2009; in paperback April 2013).

Alison wrote the “Deployment Diary” column on Slate.com from 2009-2010, and her other articles and essays have been published in the New York Times, New York Magazine, Real Simple, Parenting, Washingtonian Magazine, Salon.com and many other publications. As an advocate for military families, she has appeared on NBC Nightly News, NPR, and in national news stories. Her L.A. Times op-ed, “An ‘It Gets Better’ for the troops,” was the inspiration for a national public service announcement campaign about military suicides. She now lives in the Washington, DC area with her husband, an active-duty Naval officer, and two children.

Some of her recent contributions to the Mil Spouse Book Review include reviews of Daniel Mendelsohn’s An Odyssey, Margaret Atwood’s The Penelopiad, Elif Bautman’s The Idiot and Sally Rooney’s Conversations with Friends.

And now, for perhaps one of my favorite year-end roundups, a new mom, writer, and military wife shares the “Books I Started in 2017”:

I have spent the past year raising an infant – a baby girl who had serious feeding problems the first six months of her life, who screamed until 1 am for many of those months, and who, still, 14 months into her life, resists naps and won’t go down until 10 at night. I’ve also moved cross country, bought a house, survived another deployment, started an editing business and new job at an editorial firm, and even snuck some mornings to write. It’s been a totally exhausting but joy-filled year. I have done almost no reading.

What little I have done has been almost all by the glow of my Kindle app. Thank god for the Kindle app. I finished maybe four books. I’m not sure I’d go so far as to recommend any of those, so here are a few I started that truly deserve finishing. If my baby ever gives up on her night owl routine, I will return to them.

And if that doesn’t happen, please finish them for me. 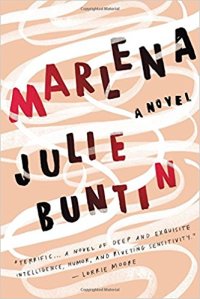 I read a good quarter of this debut coming-of-age novel on a long plane ride. With my daughter sleeping peacefully on my chest, I became enmeshed in the sorrows of this poor, cold Northern Michigan town, and I did not want to leave it by the time I had landed. Buntin captures the youth and the painful intensity of adolescent friendship so vividly that the narrator’s memories feel almost like my own. Buntin has a poet’s eye for the world and a storyteller’s heart and mind.

My daughter is just now old enough now, just detached enough from my physical being, that I am able to re-enter the world of real, hold-in-my-hand books. What a privilege it is to turn the pages of this one. Nora Elridge’s voice is urgent, angry and visceral, and reminds me, as a woman and a writer, to be ruthless is protecting my time, my ambitions, and my dreams.

It is somehow always both restful and uncomfortable to read Gay’s profoundly engaging writing. I think this must be part of the magic: She discusses taboo topics with such ease and honesty you forget, in fact, that the topics she’s exploring are even considered taboo. In this memoir, she writes with that same ease – though she admits that writing the book was anything but easy – about the cage of her body, a horrible violation in her youth, and her history of overeating. It’s a relief to return to her voice every time I have the chance.

Simone Gorrindo‘s work has appeared in The New York Times, The Christian Science Monitor, The Best Women’s Travel Writing, SELF, Tablet, and The Huffington Post, among other publications. She holds an M.S. in journalism from Columbia University, and has received fellowships and grants for her writing and reporting from the International Women’s Media Foundation, the Georgia Council for the Arts, the Hambidge Center for Creative Arts and Sciences, and the Scripps Howard Foundation. She currently lives in Tacoma, Washington with her husband, daughter, and pup, Paddy.