It was part of a pile of books left in a cardboard box outside the door of my son’s elementary school library. A sign on the box said, “Free to a good home.” Apparently, the shelves were being purged of old books, perhaps to make room for the latest shiny new paperbacks from the book fair. When I showed up for volunteer duty, I saw it lying among the rejects, a hardcover copy of The Best Christmas Pageant Ever, by Barbara Robinson. 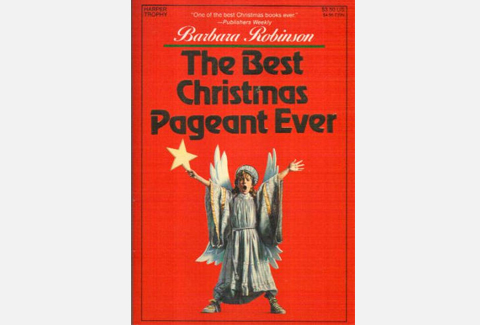 Deemed expendable at the library, it is a treasure to me. I had been reading my paperback copy for years, so I am happy to have the hardback version, even a tattered one. Each one of its faded green end papers is stamped “DISCARD,” in large block letters, as if marking it once was not enough. The pages are stained and worn, and I hope that’s because they’ve been turned by many eager and possibly grubby little fingers.

For me, it’s worth reading again every Christmas, the story of the Herdmans, six unruly brothers and sisters who show up at Sunday School because they heard there were free cookies. To the chagrin of some and the confusion of others, the riotous tribe ends up snagging all the starring roles in the annual Christmas pageant.

The narrator is a young girl who knows firsthand the terrors inflicted by these infamous siblings, whom most in their small town consider irredeemable.

“The Herdmans were absolutely the worst kids in the history of the world,” she says. “They lied and stole and smoked cigars (even the girls) and they talked dirty and hit little kids and cussed their teachers and took the Lord’s name in vain.” They were also known for setting things on fire. For the pageant the flames are metaphorical – mostly – though the town’s firefighters do show up at the dress rehearsal.

In The Best Christmas Pageant Ever, the Herdmans encounter the biblical story of Christmas for the first time. They have no preconceived ideas about holiness, or euphemistic images of well-groomed cattle in a clean-smelling stable. When Imogene Herdman hears for the first time that “there was no room at the inn,” she shouts out:

Imogene and her siblings encounter a church full of people with plenty of preconceived ideas about who is clean and holy enough to share in the story of Jesus or take part in depicting it. These people, sure of their place, their standing in the hierarchy of local piety, know the Herdmans don’t belong. The truth is stamped all over their dirty faces, their ill-fitting clothes, and untamed behavior. The Herdmans don’t know the rules for church conduct, the words to the songs, or even the basics of the Nativity.

“You would have thought the Christmas story came right out of the FBI files, they got so involved in it,” says the young narrator. “(They) wanted a bloody end to Herod, worried about Mary having her baby in a barn, and called the wise men a bunch of dirty spies.”

Maybe the Herdmans didn’t know they were unlikely Christmas pageant cast members, or maybe they just didn’t care. At first they came for the snacks. They stayed because they were captivated by the story and its mystery, a quality overlooked by those who had heard it all their lives.

The Herdmans horned their way in to the re-telling of the story of Jesus and inadvertently became part of the story themselves. It never would have happened if it had been up to the majority of the church congregation. But then, if it had been up to the local congregations in ancient Bethlehem, a group of poor transients who lived among smelly animals would probably not have been on the guest list for the celebration of Christ’s birth. As it happened, the inviting wasn’t left up to the congregations in either story. Unlikely people are part of the story that changed history, and that’s kind of the point. For the shepherds and for the Herdmans. For all of us.

In Barbara Robinson’s book, the church people who were willing saw their pageant and Christ’s story with new eyes. Those who weren’t willing remained blinded by their self-satisfied and pointless version of the holiday. They forgot the reason for Christmas pageants, the reason for Christmas: to redeem lives, to redeem stories from the discard pile. 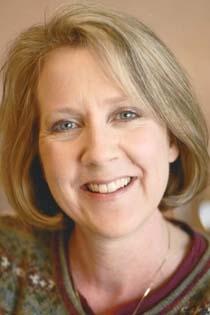 Terri Barnes is a third-generation military wife and mother of three. She founded and wrote the popular “Spouse Calls” column for Stars and Stripes until last year. The column was so well-liked that it was made into a book.

One thought on “From the Discard Pile”