Mrs. Houdini is an engaging addition to the tradition of books that seek to put flesh onto historical, but often obscure, women attached to famous men.  After a quick introduction to Bess Rahner, the German Catholic vaudeville singer, and Harry Houdini, the Hungarian Jewish vaudeville magician, the book tells quickly of their whirlwind engagement and marriage.  Thus begins the story of the Houdinis’  journey—told in chapters that hopscotch between the 1890s to 1944—from poverty and obscurity on the entertainment road in America and Europe, to celebrity, high living, and debt in their New York and Hollywood homes.  Additionally, in later life, the Houdinis were contemporaries and acquaintances of a number of celebrities who make appearances in the book, including Jack and Charmain London, Sir Arthur Conan Doyle and Lady Jean Doyle. 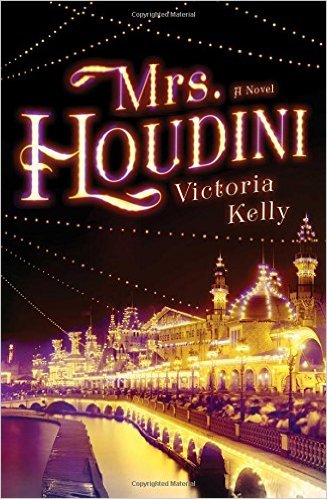 Even beyond their different religious backgrounds, the couple’s families could not have been more dissimilar.  Bess’s rigid Roman Catholic mother rejected them outright. Harry’s warm Jewish mother embraced Bess as a daughter. Harry’s family figures large in their story, mostly because of his extremely close relationship with his mother, the widow of a poor rabbi.  Both Harry’s and Bess’s sisters were important figures in their lives, and particularly in Bess’s life after Harry’s death.

From the beginning of their life together, Bess was subsumed into the passions of Harry’s life. Harry had driving ambitions, but he was shy off stage. Bess was his confidant, social ambassador, and ardent supporter.

In 1926 Houdini died at the age of 52, from a ruptured appendix after a vicious punch to the abdomen by a mysterious visitor. It is not clear if this visitor was a simple blowhard or an agent of spiritualist revenge. On his death bed, Harry tells Bess, “We have to look for each other, Bess. Don’t give up.”

After Harry’s death, Bess had several obsessions, including recovering from the debt he left behind, supporting other magicians, particularly in her New York City Tearoom, and above all, making contact with Harry after his death.  To this last end, she held many séances until 1936 when she staged the last public séance in order to put public interest to rest.

Bess smoothed her white skirt and looked at the men. “Harry was too grand a magician to come back only to shake little bells or write his name on a piece of slate,” she told a reporter named Charles Radley. “He lived in the great moments, and now he is gone.”

“Do you think, if he can see us, he is laughing at the attempt?”

Bess shrugged. “I suppose I’ll ask him when I see him.”

While Harry was obsessed with escaping both physical and spiritual bonds, he was also as an adamant opponent of the Spiritualist pre-occupations before and after the First World War. Still, the spiritualist interest in contact between the dead and the living is the cornerstone of the Houdinis’ story, as told in Mrs. Houdini.

Little is made of Bess’s Roman Catholic background, but it is an important undercurrent through the book, from the discussion of miracles in Chapter 1, to her concern that their childlessness was punishment for their stage séances early in their careers.  Despite this, Bess turned to séances to connect with Harry after his death. Finally she has enough of personal uncertainty and public curiosity, and takes the strongest stand on her own behalf in the entire book.

Because of his profession, Harry had many secrets, most of which were known to Bess, who saw what others did not. According to Kelley’s telling of the story, the last public séance was designed to divert public scrutiny from Bess’s most satisfying private discovery of Harry’s most closely held secret—a secret which more than assured Bess that Harry had contacted her.  But this secret constitutes the most interesting turn in the book, so I’ll let the reader discover it between the book’s covers.

She is married to a Navy fighter pilot and has written two books of poetry, When the Men Go Off to War and Prayers of an American Wife, which won the 2012 Coal Hill Chapbook Contest. 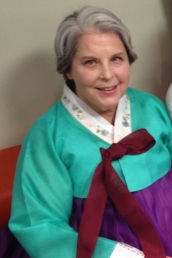 A frequent contributor to the Military Spouse Book Review, Caroline LeBlanc is a former Army nurse turned Army wife-and-mother. She co-produced & wrote the script for Telling, Albuquerque (part of the national Telling Project), a 9/11/2104 testimonial theatrical event where military veterans and family members perform their own stories.

Since relocating to Albuquerque in 2013, she has hosted a writing salon for women military veterans and family members. In 2011 Spalding University awarded her an MFA in Creative Writing. Her poems have been published in her 2010 chapbook, Smoky Ink and a Touch of Honeysuckle, as well as online and in a number of print journals. Her art work has also been included in a number of Apronistas Women’s Art Group shows in the Albuquerque area.

For the Mil Spouse Book Review, LeBlanc has also written about the nonfiction compilation Baby, It’s You and two poetry collections, Local News from Someplace Else and The History of Bearing Children. She also took part in an interview here.