In Braden Hepner’s debut novel Pale Harvest, set in the Utah high desert, a young farmer on a remote dairy farm finds his stagnant life suddenly enriched by the return of a girl he knew in high school. But her dark history stirs up passions and dissatisfactions more than just his own, and her presence sets in motion a chain of startling, irrevocable events.

Twenty-one-year-old Jack Selvedge does not know what he can count on. His parents were killed in a car accident when he was fourteen, leaving him an orphan on his grandparents’ failing dairy farm. His grandmother is in her last days. His grandfather, Blair, is the only one among them who just might persist forever, working Jack to the bone even as he withholds Jack’s one inheritance, the farm he’s worked on tirelessly these past few years.

Jack’s peers aren’t faring much better. His closest friend, Heber Rafuse, is struggling to come to terms with his own father’s suicide just a couple of years before. Heber loves Jack like a brother and believes he deserves better than slaving on a failing farm for his grandfather, but his own life is slowly disintegrating into a fog of drink, woman-chasing, unraveling hygiene and weird theology. 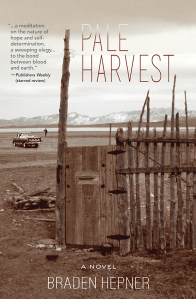 And, finally — most importantly — there’s Rebekah Rainsford, a girl whom Jack knew obliquely in high school and who grew up on the edge of the Selvedge’s vast farmland. She went to Salt Lake City for college but now she’s back with her mother, and the rumor in town is that her virtue has been somehow compromised. Beautiful, dark-eyed, and sad, Rebekah’s return provides the jolt that shakes Jack out of his stupor. It soon becomes clear to Jack, however, that whatever initial damage was done to her came not in the bustling and mildly-suspect city of Salt Lake but happened years before, in this small and quiet town, at the hands of her father.

Jack falls hard for Rebekah and, complicating matters quite a bit, all of his friends do, too. There is not much female selection in this town of men, not many women willing to stick around for a life of labor and calving and canning and stink. Rebekah provides them all with a sudden influx of energy and hope; as her name suggests, she is rain come to an arid land. (Strong shades of Cormac McCarthy: In dreams his pale bride came to him out of a green and leafy canopy…) Rebekah’s mere existence blesses these restless young men even as she calls into stark relief all their wants and dissatisfactions.

At first, the young mens’ infatuation with her seems harmless (and maybe even a little comical as they trip over themselves to win her favor), but this is no American Graffiti. This is a world where every action has consequence, where every idea is tried against a theology that’s both unyielding and strikingly home-grown. Rebekah does not get to be the judge of her own virtue and her good intentions are not enough; even spending time with a bunch of young men she’s come to think of as friends is an action fraught with meaning and, it turns out, danger.

I have read many books with similarities to Pale Harvest but I have never read a book like Pale Harvest, and in its own odd, harrowing way this novel was a pleasure. The characters were so vividly wrought that I could not wait to get back to them between readings, and would have loved to read the book in one sitting if not for the rich convolutions of its underlying philosophy, which I needed to absorb in small doses to make any sense of. 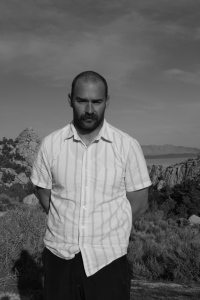 It’s this philosophical (and theological) concern which might be the only thing that’s kept Pale Harvest from getting quite the attention I would expect it to. Braden Hepner spent eight years on the novel and was paid an advance of five hundred dollars, and yet I could not find anything that would keep this book from getting some big, fat advance from a major publishing house, with that one exception: its very close engagement with its characters’ spiritual states.

There were times when I genuinely hoped that Jack would be able to understand Rebekah. I waited for his fascination with her to develop into some kind of real compassion, for his language to change from rhapsodies about rivers and plate tectonics to some true concern with her feelings and not just her feminine mystique or virtue, but he never quite gets there. After all, he’s been raised in a mindset where a woman is given one chance to keep or lose her purity, which she cannot reclaim (no matter how hard she may, like Rebekah, try). It’s a mindset in which a man’s daily actions are irrevocably connected to everything from the brazen, prophetic claims of his forefathers, to the birth of a baby, to the path his soul will take a thousand years hence. Even as Jack tries to decide the next course of action in his small, singular life, his mind tends toward celestial associations, to a mysterious god both distant enough to fire meteors at mountains on a desert night yet close enough to grab an errant man by the scruff of the neck. So instead of making Jack step up with Rebekah the way he might in a more mainstream novel, creating a makeshift-but-loving family, Hepner sends him on a desperate vision quest in the desert, Joseph Smith-style. But instead of meeting an angel, receiving golden plates, and founding a religion, Jack encounters a dwarf called The King, drags around an actual meteorite piping-hot from space, and works out what might be one of the bleakest personal-belief-statements I have ever read.

If the Lord was in control the way many claimed then he was necessarily in the evil of the world — the evil actions of men and women, physical and mental deformity…He was the cause of utter sorrow and despair, as if these things would somehow work to his name’s glory. He was in the hand that tied the knots that kept the little girl bound in her basement for a year and a half on oatmeal and water, bone-gaunt, her skin like an empty tent and she vacant-eyed and ruined. He was in the grown hand that fondled the child’s genitals. He was in the wind that blew the barn over and crushed the father of three.

At this point, I was hoping “Rust” from True Detective might show up to offer something that would sound comparatively reasonable and soothing.

And yet, the author didn’t lose me here. This is gutsy writing, and it’s asking something unexpected and a little tricky of the reader. Hepner isn’t pandering to his audience. He figures we are smart enough to handle a few pages inside a very desperate young man’s head. Jack’s world has been shaken upside down in ways he never could have foreseen: He has lost both parents in one night, he loses his inheritance, he loses his best friend, he gains and then forfeits the girl on whom he’s pinned all his hopes. He doesn’t head out into the desert to wrestle with an angel; he’s too far gone for that. Instead he wrestles the darkest demons he can find, and if the ending is not satisfying in a traditional way, then it makes this book what it is: a strange, gorgeous, grief-raked rumination on man’s place in heaven and earth. Either we humans are the best thing that’s ever happened in creation or we’re the Milky Way’s biggest mistake, and Jack Selvedge is honest enough to not be sure which.

An interview with Braden Hepner at The Salty Beatnik

Braden Hepner’s web site, which includes photographs by the author
——