I’m not sure what I was expecting when I picked up Here, Bullet by Brian Turner. The front of the book touted the fact that it won the Beatrice Hawley Award in 2005. The back explained that Turner got his MFA before joining the Army and deploying to Iraq in 2003. I was curious. Would he string words into stanzas that could explain a soldier’s war experience in a way that I could understand?

That question was soon answered, particularly with the fifth poem, “What Every Soldier Should Know.” Its couplets describe the sound of gunfire, how to enter a room, phrases that are helpful and not so helpful. Halfway down the page, my heart stopped as I read, “You will hear the RPG coming for you./Not so the roadside bomb.” My mind rewound to images my husband shared with me from his most recent deployment: the inside of his MAT-V spilled out like spaghetti. The vehicle hit an IED on a routine drive through the never-ending Afghani desert in June. It was totaled, but all the soldiers walked away without a scratch. I couldn’t help but think of Turner’s line and my own experience. As the spouse, we never hear it coming. Any of it. I’ve reread the poem so many times now. I can’t say for sure that it captures a soldier’s experience, but somehow, he managed to describe a piece of mine, to speak right to me with the concrete and the emotional.

The other poem I loved was “9-Line Medevac.” Turner alternates between straightforward questions: “Location for pick-up site?” “Number of patients by precedence?” and “Number of patients, by type?” and blocks of thought, dark and emotional. The adrenaline-pumped reactions are grounded in the need-to-know questions. This was the real experience I was hoping to find: soldiers doing their duty and then, in the silence, being clobbered by emotion. It’s not always pretty, but it’s real.

I have to say that all the poems were excellent. They are beautiful and terrible and illuminating. I loved how smart they were. Turner reminded me of Conrad, the protagonist from [Roxana Robinson’s novel] Sparta. He’s thoughtful and intelligent. The war lingers for him. A part of me almost wished that the character, Conrad, could likewise have written poems. He was so tortured; I wonder if they’d help him, if they helped Turner.

I teach middle school writing, and for years, I’ve shared a quote from Nancie Atwell with my students in which she advises that we shouldn’t write about leaves, we should write about a leaf. That’s exactly what Turner did. He didn’t write about wars, he wrote about this war, this war experience, this one day, this one experience. The result is a slim book of poems that touched me, a woman who has never seen Iraq, who has no war stories to tell.

Read more about Brian Turner (who has, in addition to poetry, also written a memoir) here

A review of Turner’s memoir, My Life as a Foreign Country, on Time Now
——- 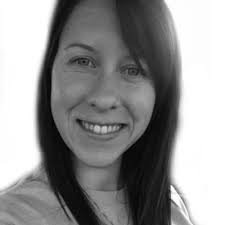 Amy Bermudez teaches middle-school English, runs long races, reads like there’s no tomorrow, and is an Army wife currently stationed in Texas. She writes a popular, funny, and addictively readable blog, Army Amy. She’s written for Spouse Buzz and the Huffington Post, and recently (after reading Unbroken) wrote a very moving piece [in this, your editor’s humble opinion] on her blog called “This is a War Like That.”