In Kurdistan, things are not always as they seem.

Travel writing has an old and sometimes great legacy. The best travel writing has a simple outcome: it encourages the reader to become curious about the place it portrays. Whether the reader takes an atlas off the shelf or Googles the places described, the author has accomplished what he or she set out to do.

Francesca Recchia’s memoir Picnic in a Minefield more than succeeds in this regard. It’s a brief book, only 187 pages, but what a narrative is found in that space! Recchia, an Italian academic, left Europe disillusioned with a university system that she thought more concerned with political connections than with promoting intellectual development. An ad on an academic e-list led Recchia to the recently founded University of Kurdistan Hawler (UKH) as a lecturer in social sciences.

One of the new university’s goals was to practice progressive exchange in the classroom, to promote critical thinking, and to move away from the memorization system that characterized earlier educational practices. At her new job, Recchia found that she had significant freedom to engage her students in what she calls “the philosophy of small steps.” 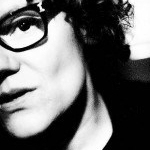 Prior to reading this book, my knowledge of Kurdistan was basically non-existent. My interests tend to concentrate more on Afghanistan, and that’s reflected in my reading choices. So when I started Picnic in a Minefield, I was something of a blank slate. I knew the Kurds had suffered terribly under Saddam Hussein’s regime, and, more recently, that the Kurdish peshmerga were fighting the Islamic State. That was about the extent of my knowledge. But shortly after reading Recchia’s description of a visit to one of Saddam Hussein’s now-abandoned summer palaces, I went online to compare pictures of it to her account. To my delight, her prose completely captured the place.

I can’t stress enough how quickly Recchia is able to create a place for the reader to enter, and to engage with her experiences in Erbil, the city where the university was located. The author’s academic discipline is urban sociology, so she’s well-equipped to notice the small details of social interaction.

One of the strongest and most memorable scenes for me was the chapter “Of Women, Men, and Love.” Recchia writes about her encounters with Kurdish women (and men), capturing the intense suffering their society has experienced but also their immense resilience. Recchia took her male and female students on a field trip to a traditional chaikhana, or tea house, where women are not forbidden but simply do not enter out of custom. She conducts a class here with her students, sitting at a table in the window, drinking tea and discussing ideas. It’s a beautiful anecdote about how education can challenge assumptions without some operating sense of “cultural superiority.”

Another charming encounter is a day trip Recchia takes with the young women in her class. They prepare a traditional meal, have fun, dress up in the Kurdish-style outfit that her students have given to her as a gift, and take pictures that the girls carefully choreograph. It’s a nice example of young women in a conflict-ridden region being able to enjoy both youth and “normalcy.”

Of all the stories in the book, the one that captured my attention most was short and simple: Recchia meets for tea with a fellow academic. It’s a perfectly ordinary occurrence, but this is, after all, Iraqi Kurdistan following a war. The scholar she meets with is described as “fascinating” with the “mild manners of a gentleman from another era.” But he and his brother are “both known to be actively involved in militant Islamic politics.” Recchia and the professor spend time discussing Derrida, Foucault, and Structuralism. I won’t say how their meeting concludes, but Recchia’s account is a beautiful, brief description of the contradictions of life, heightened by the vagaries of time and place.

If I could make a required reading list for any person venturing off to work in an NGO, Picnic in a Minefield would be at the top of it. Recchia’s observations of NGO work and workers are some of the most intelligent and honest I’ve ever read. She challenges the “see no, hear no, speak no evil” paradigm that exists around the areas of humanitarian aid and development. There are appalling examples of ignorance in the field, but no one wants to come forth to condemn those who “do good.” Recchia has enough established credibility — through her experience as a university professor and as a traveler who strives to understand the country she’s found herself in. She offers her criticism with intelligence and sincerity. With her background, she has the higher ground when describing the utter foolishness that affects not just young, inexperienced aid workers, but the larger structure in which they operate.

Recently, NBC correspondent Richard Engel profiled a female peshmerga commander in a report from the town of Kobane. I would encourage those whose curiosity is piqued by such a report to dig further and read Picnic in a Minefield. Narratives are not formed in isolation; there are certainly brave women fighting with the peshmerga, yes, but they didn’t appear as a corrective to the Islamist State in the past six months.

It is no fault of the author’s that it was difficult to find a satisfying conclusion to this book — the return of conflict to the region prevents this. Still Recchia does find a way to end her story by quoting the second woman to join the peshmerga in 1979. The now-elderly woman’s closing thoughts on the cause for which she fought show that beyond ideologies and politics, some motivations are universal.

Suzanne Schroeder is an independent analyst with a focus on Afghanistan and insurgencies. Her background is in humanities, with degrees in Film and Art History from Smith College and the University of Rochester. She left humanities, changed direction, and now concentrates exclusively on issues related to the Afghan war. She is currently working on a project on school poisonings in Afghanistan. She will also be paticipating in an upcoming interview with the documentary photographer Louie Palu for the Sources and Methods podcast, http://www.sourcesandmethods.com/.

2 thoughts on “Book Review: Picnic in a Minefield by Francesca Recchia”