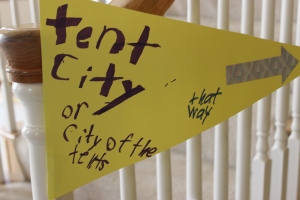 With four consecutive no-school days due to the wildfire evacuations, my kids have run amok. Half of them are shirtless at any given time; a tent city has sprung up in our living room; a guide to our “new language” has been posted on the refrigerator. Basically it’s Lord of the Flies in San Diego. We need some structure.

But we’re reading! The mil spouses are reading, and coming up we’ll have lots of good reads to share with you…..

Artis Henderson was a free-spirited young woman with dreams of traveling the world and one day becoming a writer. Marrying a conservative Texan soldier and becoming an Army wife was never part of her plan, but when she met Miles, Artis threw caution to the wind and moved with him to a series of Army bases in dusty southern towns, far from the exotic future of her dreams. If this was true love, she was ready to embrace it.

But when Miles was training and Artis was left alone, her feelings of isolation and anxiety competed with the warmth and unconditional acceptance she’d found with Miles. She made few friends among the other Army wives. In some ways these were the only women who could truly empathize with her lonely, often fearful existence— yet they kept their distance, perhaps sensing the great potential for heartbreak among their number.

It did not take long for a wife’s worst fears to come true. On November 6, 2006, the Apache helicopter carrying Miles crashed in Iraq, leaving twenty-six-year-old Artis—in official military terms—an “unremarried widow.” A role, she later realized, that her mother had been preparing her for for most of her life.

Artis and Miles on the day Miles left for deployment

In this memoir Artis recounts not only the unlikely love story she shared with Miles and her unfathomable recovery in the wake of his death— from the dark hours following the military notification to the first fumbling attempts at new love—but also reveals how Miles’s death mirrored her father’s death in a plane crash, which Artis survived when she was five years old and which left her own mother a young widow.

In impeccable prose, Artis chronicles the years bookended by the loss of these men—each of whom she knew for only a short time but who had a profound impact on her life and on the woman she has become. 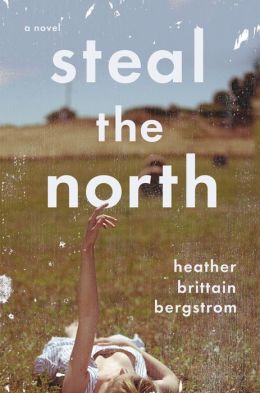 Former Army Ranger wife Jenny Fiore (love that the Rangers are representin’!) is reading Steal the North by Heather Brittain Bergstrom. From amazon.com:

A novel of love in all its forms: for the land, for family, and the once-in-a-lifetime kind that catches two people when they least expect it

Emmy is a shy, sheltered sixteen-year-old when her mom, Kate, sends her to eastern Washington to an aunt and uncle she never knew she had. Fifteen years earlier, Kate had abandoned her sister, Beth, when she fled her painful past and their fundamentalist church. And now, Beth believes Emmy’s participation in a faith healing is her last hope for having a child.

Emmy goes reluctantly, but before long she knows she has come home. She feels tied to the rugged landscape of coulees and scablands. And she meets Reuben, the Native American boy next door.

In a part of the country where the age-old tensions of cowboys versus Indians still play out, theirs is the kind of magical, fraught love that can only survive with the passion and resilience of youth. Their story is mirrored by the generation before them, who fears that their mistakes are doomed to repeat themselves in Emmy and Reuben. With Louise Erdrich’s sense of place and a love story in the tradition of Water for Elephants, this is an atmospheric family drama in which the question of home is a spiritual one, in which getting over the past is the only hope for the future.

As for me, I’m reading (and loving) Courtney Maum’s I Am Having So Much Fun Here Without You, a whimsical but heartfelt novel of art and fidelity (or lack thereof!) set in Paris. Out officially in June.

I’ve also been given a copy of Roxana Robinson’s Sparta for review, and am conducting interviews with several active-duty and former-active-duty female service members. Good things coming on the ol’ MilSpouse Book Review….stay tuned!

3 thoughts on “Tent City; and What Mil Spouses Are Reading”